William was born on 25th August 1885 in 7 Port Glasgow Road, Ladyburn, Greenock the first child of William Blackley from Twynholm, Kirkcudbright and Anne Campbell from Glasgow who had married in Milton, Glasgow on 28th June 1878.

In 1881 William (40) and Ann (30) were living in 3 Victoria Place, Hamilton, Lanarkshire. William was a stonemason, and Ann's brother, Peter Campbell, was boarding.

By 1891 the Blackley family of four was living in Black Land, Bridge of Weir, and William (5) was at school.

William senior was a widower by 1901 and living with young William (15), now a telegraph messenger. Annie (12) was a residential inmate at the Paisley Industrial School in Albion Street.

In 1911 William junior (25) was a postman, and boarding with William McAulay and his family in 2 Windsor Place, Main Street, Bridge of Weir. William Blackley senior (70) was still working as a stone mason, and living at the Elbow in Bridge of Weir.

On 15th September 1911, William Blackley junior married Helen Fichlie, a domestic servant from Kirkton Lodge, Bridge of Weir. The service was conducted by Reverend Thomas Steele in Freeland Manse. A daughter Annie was born on 19th June 1912 and Agnes on 23rd July 1914.

William volunteered for the Royal Highlanders (the famous Black Watch) on 7th November 1914 but he was discharged on 13th November on medical grounds "not being likely to become an efficient soldier". William had "poor physique, his chest was only 31½ inches fully expanded, and he had bad teeth".

In August 1915 (when medical requirements may have been more relaxed - or perhaps William had built himself up and fixed his teeth) he joined the 6th Battalion of the Highland Light Infantry as a Signaller. William Blackley's Medal Index Card does not record the date he first entered the theatre of war, or where, but he did not receive the 1915 Star. The Battalion formed part of the 157th Brigade of the 52nd (Lowland) Infantry Division which fought in Gallipoli, Palestine and, from March 1918, France where it fought in the Second Battle of the Somme and the Second Battle of Arras. In early October 1918, William was with his Battalion when it was preparing, as part of the Third Army, for the successful breakthrough of the Hindenburg Line at Cambrai.

William Blackley was killed on 4th October 1918, just five weeks before the end of the War. The War Diary for the Battalion that day records that between 1930 and 2200, the 157th Brigade was relieving the 155th Brigade in the front line trenches to the south-west of Cambrai. During the relief there was intermittent shelling from the German lines, with a number of gas shells. Two "other ranks" were killed. He is buried near where he fell at the Anneux British Cemetery near Cambrai.

He left his widow, Helen, and two daughters, Annie aged 6 and Agnes aged 4. 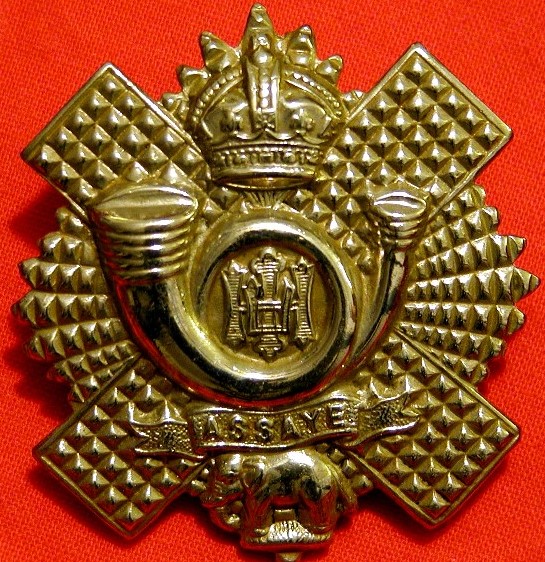