Born in Inverkip, he was a carter, living at 63 Royal Street, Gourock. He died of influenza.

Husband of Joan McKellar and youngest son of the late John Taylor, contractor.

Previously a Volunteer - with service dating from 1899. He attended all the summer camps. He was admitted to hospital with dysentery and myalgia. He was discharged at the end of his period of engagement 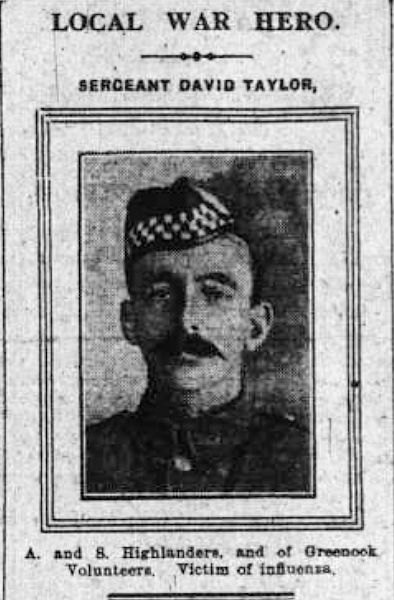