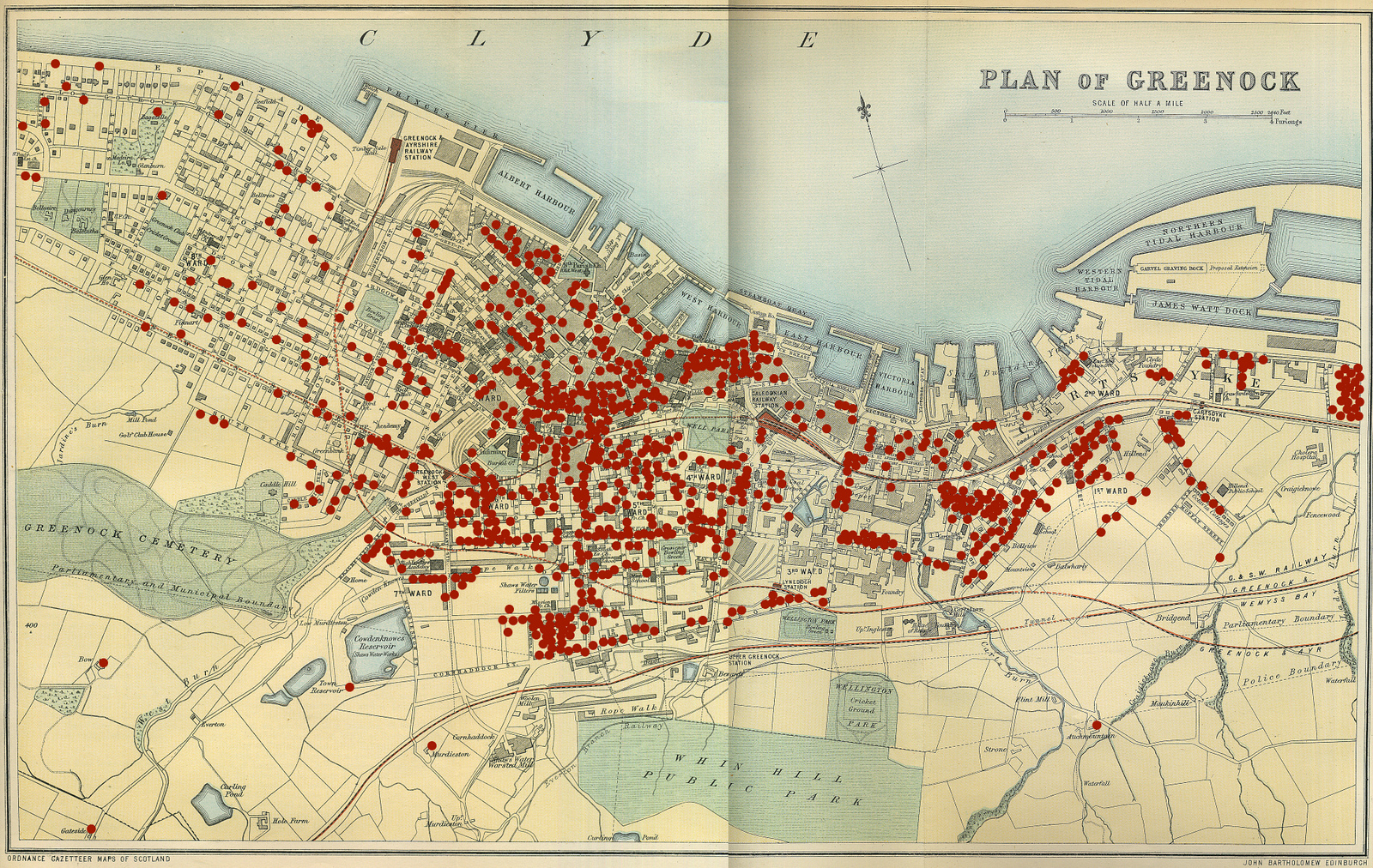 Please note that the McLean Museum has restricted opening at this time. Please check for details.

The above map is a representation of the casualties in Greenock - each red dot representing a death, where a home address was stated. It really brings home the local effect of war.

As of December 6th, we have now recorded the local casualties up until 11th November 1918. 4 Years of work. We will continue to record those who died in the following years as a result of wounds and illness.

November 1918. Armistice. Peace has arrived but the practicalities of war continue. Men were still dying from wounds and disease and now influenza was ravaging the community. Soldiers were needed for the Army of the Rhine while the thousands of others would not see home for many months yet.

July/August 1918. In the final push back of the Germans, the local Battalion, the 5th Argylls, have arrived on the Western Front from Palestine. They were to suffer 89 fatalities in the battles over the week ending July/beginning of August.

Into the final year of the war but almost 800 local casualties still to come, starting with the German onslaught of 21st March. The Germans would come close to breaking through but the arrival of the American troops and significant advances in tactics would lead to the ultimate defeat in the field of the German army.

31st July - 10th November 1917 3rd Battle of Ypres/Passchendaele. One of the more renowned battles of the War, 12 men of Inverclyde were killed on the first day. For more information on the battle see HERE

April/May 1917 - the Battle of Arras, a major Allied advance that turned into stalemate on the Western front at a cost of some 160,000 casualties. Approximately 169 local men were killed in this phase of the War. 44 Scottish Battalions took part, along with 7 Scottish Canadian Battalions.

Meanwhile in Palestine in 1917 the 5th Argyll's help repel the Ottoman forces and prepare for the march through the Sinai towards Jerusalem.

1st July 1916 saw the start of one of the bloodiest periods of the First World War - the Battle of the Somme. This was the name given to the series of engagements lasting from 1st July till 18th November. Inverclyde would lose 288 men during this time. 51 Scottish Battalions took part in the offensive.

We have now completed the online profiles of those Inverclyde Men who died between 15/08/1914 and 18/11/1917. The work continues. A complete list of casualties is now available for download.

Newly available - our Gallipoli Teaching Pack is now online HERE -  we are providing these packs for all Inverclyde secondary schools. It is the culmination of a good few years work and it would be great to think that future generations of local children will be able to study Gallipoli and the effect it had on this area. Many thanks to St Stephen's High School.

We are really pleased to be able to share a newly written song by local singer/songwriter Roger Graham on the subject of the 'Dardanelles'. We have compiled a video to go along with it and it can be seen via the link on the 'Dardanelles Song' page under 'Topics'

Profiles of individual Inverclyde men and women connected with the First World War have now been uploaded to the site. Please look under 'Topics'.

January 1916 - the farce of Gallipoli was over. 359 local men had been killed there and up to a 1000 injured. The effect on Inverclyde would last a lifetime and beyond and the political fallout would cost the job of one Winston Churchill. The men of the 52nd Lowland Division, including the 5th Argylls, had a brief respite in Egypt before starting out on their long march through Suez and the Sinai Desert. Meanwhile on the Western Front, the Battle of Loos had proved to be devastating and worse was to come in 1916 with the Battle of the Somme. Inverclyde had seen the worst of the war thus far - 1916 would give no respite.

Our book "Inverclyde's Great War" is now available for free at the McLean Museum(while stocks last). It can also be purchased at cost price online. Look under "Topics" for more details. There is also a new history of the 5th Argylls available for sale.

Discover Inverclyde's role in World War One and explore the part your ancestors played in it.

We are adding details every day - check back regularly, If you can add information/photos etc.. please get in touch. 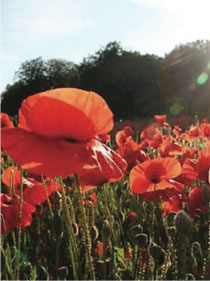