Academic Career: CGS 1894-6, Dundee Grammar School; University of Edinburgh; Glasgow University: Christ Church College, Oxford.
Other:
William Joseph Cornwall Laurie was missed off the Carlisle Grammar School War Memorial, and was only found as an addition at the end of the Memorial Register. An additional plaque with his name inscribed on it was unveiled in Sept 2014.

Family Background: He was born at Monmouth but his father, Donald, a surveyor of taxes, was born in Barbados. His father, William, a sugar merchant married Leonora Cornwall from Aberdeen. She and Donald had two other sons; George Archibald (who died in Greenock on 1906); and Donald Saunders, OBE, who died of pneumonia in Belgium in 1919. He is commemorated with his brother, William, in the Memorial Chapel at Glasgow University

Academic Record: William attended Dundee Grammar School before moving to Carlisle. He did his Arts degree (including Latin, Greek, Roman history, mathematics, logic and political economy) at the University of Edinburgh and gained a second class degree. He enrolled at the University of Glasgow in 1905-6 to study political economy, moral philosophy and geology but he did not graduate. He was living at Greenock and it was at this time that his brother died (did this affect his studies?). Sir Henry Jones was Professor of Moral Philosophy and William enrolled in his class and then registered at Christ Church, Oxford in 1907, for one year as an Indian Civil Service Scholar but there is no record of him having taken any exams. While there he made a donation of 245 geological specimens from the Clyde basin below Glasgow to Greenock Philosophical Society.*

War Service: Upon his return to India, (see below) in 1914, William joined the 124th Duchess of Connaught’s Own Baluchistan Infantry – an Indian Regiment with British officers – which was then sent to Persia in 1916.

Battalion: The attack on Kut under the leadership of Sir Frederick Maude started on 13-14 December 1916. The attack on both sides of the River Tigris took 2 months just to clear resistance on the west bank below Kut and it was probably during this campaign that William was killed in action in Mesopotamia, on January 6, 1917.

Other:  The Friends of Christ Church Cathedral also reported: “His name is on a list in The Edinburgh Gazette 6 November 1908 of those appointed to the Civil Service of India after an Open Competition.” The Foreign Office catalogue 1912-14 notes that W.J.C. Laurie requested permission to travel from India to Europe via Chinese & Russian Turkestan. As a result of his overland trip back to Britain, which began in May 1914, William wrote an article which appeared in the Journal of the Central Asian Society. He and a companion travelled with 100 baggage “coolies” so it was hardly travelling light. Ponies, yaks and camels were also used The adventure was punctuated by various hunting expeditions, and negotiations with Chinese and Russian dignitaries.He reached London on July 30. It was poignant to read him reporting a narrow escape from Austria following the assassination of Archduke Franz Ferdinand and the Austrian declaration of war against Serbia. He sailed to Bombay from London on October 10 1914 aboard the Arabia

From the Thirtieth Annual Report of the Greenock Philosophical Society at the M'Lean Museum and Lecture Hall, Greenock:
“In connection with the Geological Section it is interesting to report that a representative collection illustrating the geology of the district is being made for the Museum by Mr. William J. C. Laurie, a young Greenock student presently at Oxford University. This should add considerably to the interest and usefulness of the geological collection.

“The Geological collection by Mr. William J. C. Laurie, referred to in the last Annual Report, has also been completed. It contains 245 specimens and is intended to show the chief types of rocks found in the area of the Clyde basin below Glasgow. A few specimens, however, have been taken from just outside that area. The rocks are classified according to origin and composition rather than according to locality, as being more useful to students, and, Mr. Laurie remarks, perhaps more satisfactory in general. The specimens have been placed in two new cases occupying the centre of the Museum and these, together with the Geological Survey Maps of the District which have been procured for reference, form an important addition to the Geological Section.

“The Committee desire to express the great pleasure they have in receiving these two collections, representing, as they do, a great amount of skill and labour given freely by two young Greenock students in the time they could spare from their own work and studies ; and the Committee now record their thanks to Mr. Russell and Mr. Laurie for having made these valuable additions to the collections in the Museum. It should be mentioned that both gentlemen in their reports to the Committee acknowledge their indebtedness to Mr. Brunton, the Curator, for his willing and careful assistance in the arrangement of the specimens and the preparation of labels, often given long after the usual closing hour of the Museum.”

William’s name is on a list in The Edinburgh Gazette 6 November 1908 of those appointed to the Civil Service of India after an Open Competition. The Foreign Office catalogue 1912-14 notes that W.J.C. Laurie requested permission to travel from India to Europe via Chinese & Russian Turkestan.

Aberdeen Journal 8 March 1917 - "Died of wounds ... He was 29 years of age and prior to joining the Indian Army, about two years ago, was in the Indian Civil Service." 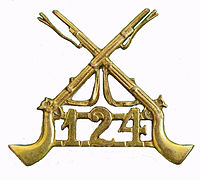