"Intimation has been received at Greenock of the death of Private Stephen Ryan, Argyll & Sutherland Highlanders, who was killed in action on February 21. The news was sent to his sister, Mrs Kernaghan, Market Street, Greenock."

Letter in Telegraph of September 14 from him after being wounded. He was a Reservist and had been in South African Campaign 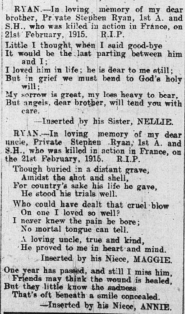 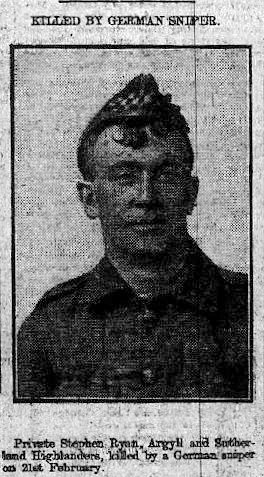