Award the Military Medal (MM). With his officer he captured a machine gun by killing the team. He was then promoted to Lance Corporal and given charge of a Lewis Gun

Wounded 16/7/1916 and invalided home. He had been the lead bayonet man in the Bouchavenes raid of February 1917. Later killed near Arras 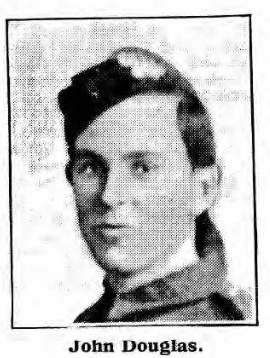