Daily Record 22 November 1916
"A Greenock family have suffered the loss of a third son in the war. Able-Seaman James Robertson, R.N.V.R., who resided with his parents at 18 East Crawfurd Street, was killed as the result of an explosion. Before joining the Navy he was employed with a Port Glasgow firm of accountants. Two brothers were killed in France. "

An extract from the London Gazette dated 5th Feb., 1918, records the following.-"On the 8th November, 1916, a series of fires and explosions occurred at Bakaritsa, Port of Archangel. After the merchant ships had been got away from the wharves, cries and moans were heard from the direction of a 100-ton floating crane moored between the S.S." Earl of Forfar "and the quay. The " Earl of Forfar " was on fire fore and aft, and it was obvious that any attempt to save life must be accompanied by the greatest risk, the ship having explosives on board and the quay abreast it burning furiously with intermittent explosions from small arms ammunition. Lieutenant-Commander McMahon, without a moment's hesitation, volunteered to carry out rescue work, although other rescue parties considered that they had already done all that was humanly possible. In order to reach the floating crane it was necessary to cross the "Earl of Forfar," the after part of which had blown up, whilst the forepart was on fire and the forecastle was a mass of smouldering debris. Hearing moans from under the debris of the forecastle, Lieutenant-Commander McMahon, with the aid of the crew of a tug, cleared away the wreckage and discovered the mate, with one arm, one leg, and collar-bone fractured. This man was extricated and passed into the tug. Lieutenant-Commander McMahon then proceeded on to the floating crane by means of a single plank and rescued from beneath the debris of the crane the carpenter of the "Earl of Forfar" and two Russian subjects, part of the crane's crew." 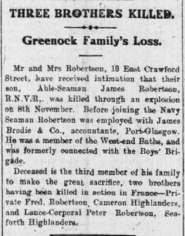 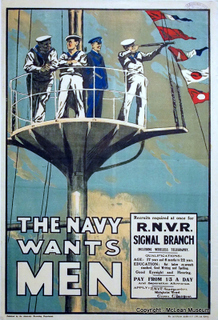