James Reid was born on the 1 August 1887 at 77 Ardgowan Street, Port Glasgow the third and last offspring of William and Elizabeth (nee Armstrong) Reid.  James had two elder sisters, Jane (Jeannie) and Agnes, my paternal grandmother.

Nothing much is known of James’s younger years other than the family continued to reside at Ardgowan Street until at least 1920.  William was employed as a ship’s Riveter and Ardgowan Street would be ideally situated close to the main shipyards in Port Glasgow.

James commenced his working life with the shipbuilder David J Dunlop & Company working in the office but in 1907, age 19, he left to take up an appointment with the Gourock Ropework Company in South Africa.  An article confirming this appeared in the Port Glasgow Express and Observer dated 27 March 1907 as follows:-

“The officials and foremen of David J Dunlop & Co met in the offices at Inch Works on Monday afternoon and presented Mr James Reid with a gold watch on the occasion of his leaving the employment of the firm to take up an appointment under the Gourock Ropework Co. in Cape Town.  The gift was handed over by Mr. Whitelaw, cashier, and suitably acknowledged by Mr Reid.  Mr. Reid is the son of Mr. and Mrs. William Reid, Ardgowan Street and he leaves for South Africa on 13th of next month”.

The Gourock Ropework Company had many subsidiaries and agencies throughout the world and by 1909 they had six offices in South Africa (Cape Town, Port Elizabeth, East London, Durban, Johannesburg and Salisbury).  The Cape Town Office was situated at 27 Bree Street, Cape Town and every May the South African General Manager, Mr Cuthbert sent a copy of the annual statement to the Managing Director back in Port Glasgow.  Attached to this statement was a letter which contained recommendations on staff remunerations. The original letters and salary statements are held by the Archivist at the University of Glasgow.

The records show that in 1912 James who was about 24 earned £216 per annum in his first year as an Acting Inspector.  The letter sent by the General Manager to the Port Glasgow Head Office on 26 May 1913 has the following comments about James:-

“Mr Reid is a most reliable young man, cautious and clear headed and a very capable bookkeeper.  During last year he took a portion of the visitors work in his absence including inspection of the books at the various warehouses and for three months he was Acting Branch Manager at Port Elizabeth.  This year we hope to arrange for his first home leave early in August and meantime we hold him for relief work at any warehouses.  He is an excellent man to step into a gap and is quite capable of filling temporarily any position we have.  My only fault is that he is lacking push”.

For the financial year 1913/1914 James’s salary had increased to £240 per annum and for 1914/1915 it was £258 per annum.  His salary had been agreed at £276 per annum for the year 1915/1916 but on the 10 October 1915 James returned to Scotland to enlist for the Great War.  In line with the Gourock Ropework’s policy it was agreed that James would be paid half salary for the first year of his absence at which time if he hadn’t returned to duty the half pay would be reviewed.

It is known that James joined the Inns of Court Battalion when he returned to Britain and trained with his unit for some months and latterly he was attached to the Cadet Battalion at Gailes on the Ayrshire coast.  An old photograph of “D” Company 9th Scottish Officer Cadet Battalion taken presumably early in 1916 shows about 100 cadets and as the detail is too small to distinguish faces it is presumed that James is one of the Officer Cadets in the picture.

On completing his Officer training James received his commission in the 15th Battalion Highland Light Infantry (HLI), early in 1916, as a Second Lieutenant, the lowest rank for a commissioned officer.  The HLI was not a Highland Regiment as the name suggests but was a “City of Glasgow” Regiment with most of the recruits coming from Central Scotland.  The 15th, 16th and 17th Battalions were all formed in September 1914 in Glasgow.  The 15th was know as the “Glasgow Tramways” battalion as remarkably, an entire battalion of around 1,000 men was raised from the men of the Glasgow Tramways in sixteen hours on 13 September 1914.  Similarly the 16th was known as the Glasgow Boys Brigade Battalion and the 17th the Glasgow Chamber of Commerce Battalion.

James would have been a replacement for the officer losses in the first two years of the war and it is known that he was on active service on the front prior to the start of The Battle of the Somme on 1st July 1916.   The Somme was one of the bloodiest battles of WW1 with 58,000 casualties in the first day alone.  It finished on 18thNovember 1916 with very little gains by the allied forces. From information obtained in Thomas Chalmers book “An Epic of Glasgow – History of the 15th Battalion HLI – the City of Glasgow Regiment” the battalion was withdrawn from the front line immediately after the Somme. He goes on to state:-

“The 15th HLI spent six weeks of happy recuperation in Halloy-en-Pernois, a village unravaged by the guns”.

It was during this period that James made his final visit to his family as it is now known that he came home to Scotland on “furlough” sometime in December 1916.  He returned to France early in 1917 and his battalion “went back to the Redan in January 1917 to keep up the pressure on the continually molested enemy and to plague him with patrols and other reivings”

Tragically James was severely injured on an engagement and died of his wounds on the 1st February 1917.  The Battalion’s official war diary for 1st February 1917 reports that “Our artillery kept a steady fire on enemy positions the whole day and when dark our heavy artillery shelled tracks and gun positions in enemy back area.  In retaliation enemy shelled Beaumont – Hamel and Beaumont-Auchonvillers road at intervals through the day while on our front line posts he kept a steady bombardment with 77mm’s and 4.2’s. At 11.30pm 2nd Lieutenants J Reid and J McDougal of ‘A’ Coy were wounded at ‘A’ Coy HQ K35d 15/50. 2nd Lt J Reid (acting Captain) died afterwards.  Total casualties – 4.  Wind N.E.  Weather fair, fresh.”

James was buried at Varennes Military Cemetery about 10 miles north west of Albert and the certificate issued by the Commonwealth War Graves Commission states “In Memory of Second Lieutenant James Reid, 15th Bn., Highland Light Infantry who died age 29 on 1st February 1917; son of Elizabeth and the late William Reid of Port Glasgow, Renfrew, Scotland; Remembered with honour”.   This certificate must have been issued sometime in the 1920’s as James’s father was alive until 1920 and the certificate mentions him as being deceased.

It can be seen from the war diary that although James was a 2nd Lieutenant he was acting captain when he was mortally injured.  This can be corroborated from information obtained in The London Gazette (13/03/1917) which confirms his promotion to Acting Captain in “A” Company, effective from 4th January 1917.

Back in Port Glasgow an obituary appeared in the local newspaper on 7th February 1917 from which some of the information previously mentioned has been obtained.  It reads:-

“The battlefields of France have claimed still another of our promising young townsmen.  Mr and Mrs Reid, 69 Ardgowan Street received intelligence on Friday last week that their son Second Lieutenant James Reid had died from wounds received in a recent engagement.  Lieutenant Reid was home on furlough about four weeks ago and has been on active service on the front for eight months with the 15th H.L.I.  Mr Reid left Port Glasgow when quite a young man to take up an appointment with The Gourock Rope Work Company at Cape Town.  His progress was rapid and he held an important position on the staff at the outbreak of war.

It is interesting to recall that Mr Reid came all the way from South Africa in the first days of the war to uphold his old country against the Huns.  No conscription bill was needed to enlist these gallant Colonials.

He joined the Inns of Court Battalion and trained with his unit for some months, and latterly he was attached to the Cadet Battalion at Gailes.  Choosing a Highland Regiment he got his commission in the 15th HLI early last year and left almost immediately for the front.  He proved to be a capable officer and was very popular with his men. His loss is greatly regretted both in military and civil life”.

James’s father William Reid died on 25th December 1920 and his mother on 2nd November 1928, both being buried in Port Glasgow cemetery.  Marked on the headstone beside their names is Son; Captain James Reid, HLI, killed in France 30/1/1917 aged 29.

It was a terrible war with so many brave young men killed in the service of their nation and it’s sad that the memorial on James’s headstone in the cemetery in France does not recognise his rank when he gave the ultimate sacrifice.  It seems the Reid family were of the same opinion and by adding his name and rank at the time of his death to the family headstone it ensured that their thoughts were carved in stone for posterity. 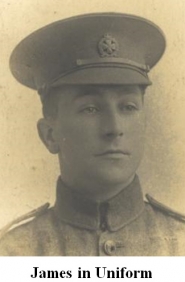 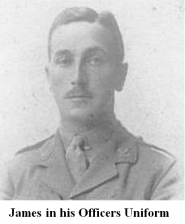 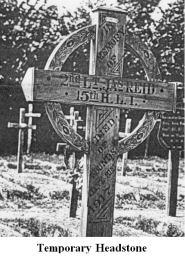 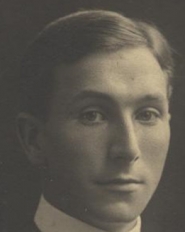 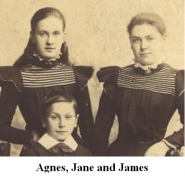 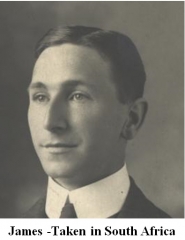 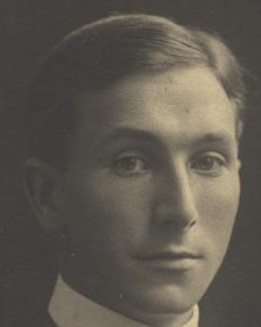