(Glasgow Herald 22nd June 1915)
"Private James Logue, 1st Battalionn A. & S.Highlanders, has been killed in action. He was a riveter with Scott's Company, Greenock, and as a Reservist was called up in August." 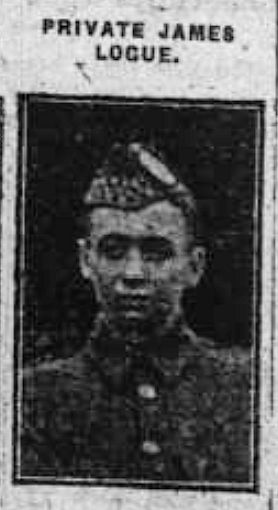