SON OF JOHN AND MARY MITCHELL MCNAUL, OF IS, GEORGE ST., PORT GLASGOW. He was a rivet heater

Died at Greenock Gateside from enteric. He had been discharged from the army with broken index finger. He had been with army since 1906. Strangely his death is recorded as being a Trimmer with the Royal Naval Reserve 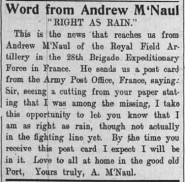 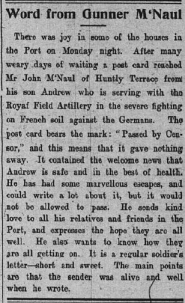