Born on 18 February 1861 at Greenock in Scotland the son of a Royal Navy captain, Bridges was educated at Ryde, the Royal Navy School in London and at Trinity College in Ontario.

Although he entered Kingston's Royal Military College in 1877 he dropped out two years later to rejoin his family who had settled in Moss Vale, New South Wales. He took up employment there with the Department of Roads and Bridges.

His military career was far from over however; six years later, in 1886, he received a commission into the New South Wales Permanent Artillery whereupon he was stationed at Middle Head. He was subsequently sent for training to Britain at Woolwich (the Royal Military Academy) and at Shoeburyness (the Royal School of Gunnery).

Having served during the South African War of 1899-1902 with Sir John French (later Commander-in-Chief of the British Expeditionary Force in 1914-15) he was evacuated to England in May 1900 suffering from typhoid, returning to Australia in September that same year.

Rapid progress followed. In relatively short order he served as Assistant Quartermaster-General and Chief of Military Intelligence before being appointed Chief of the General Staff on 1 January 1909, where he concerned himself with Imperial Cooperation as a firm believer in the Imperial ideal.

April 1909 brought Bridges to England once more. Leaving his post as CGS he became the first Australian representative on Britain's Imperial General Staff.

His return to Australia the following year brought Bridges an appointment as the first Commandant of the Royal Military College sited at Duntroon, holding the rank of Brigadier-General: the first Australian to reach General rank.

Three months before the First World War began, in May 1914, Bridges was appointed to the Army's top post, that of Inspector General. Arriving in Melbourne the day after war was declared, on 5 August, he was given responsibility for the creation of an Australian Imperial Force comprised of 20,000 men.

Organised as a single infantry division (1st Division) and a light horse brigade, Bridges was appointed its commander, simultaneously receiving a promotion to Major-General.

His command, after a delay of a month, finally sailed from Albany, Western Australia on 26 October 1914, destined for England. In the event the AIF sailed instead to Egypt and from there on to Gallipoli, disembarking at Anzac Cove on the morning of 25 April 1915.

The Turks launched an immediate attempt to force the Australians back into the sea, providing a baptism of fire for the newly arrived force. Bridges was obliged on 6 May to move his headquarters further back after the Turks succeeded in shelling it.

Regarded as something of a cold man and generally disliked by his own staff, he was nevertheless much admired for his fearless courage, daily touring the front lines while under heavy fire.

It was while touring the lines on 15 May 1915 that Bridges was shot through the femoral artery by a Turkish sniper. Dragged to safety he was evacuated to the hospital ship Gascon three days later. Infection set in and a leg amputation appeared called for; however he had lost so much blood that this was deemed impossible.

Made aware of Bridge's imminent death, King George V knighted him on 17 May, the first Australian General to receive a knighthood. He died the following day. Bridges was afforded a state funeral at St. Paul's Cathedral in Melbourne and buried on 3 September.

Buried at RMC Duntroon in Canberra, members of the Corps of Staff Cadets attend a service in his honour each year early on the morning of 25 April. His horse was the only horse repatriated in the course of the war.

In the First World War 136,000 “walers” (the general name applied to Australian horses abroad) were sent overseas for use by the Australian Imperial Force and the British and Indian governments. One horse from the 136,000 made it back to Australia.

From 1 August 1915 Sandy was in the care of Captain Leslie Whitfield, an Australian Army Veterinary Corps officer in Egypt. Sandy remained in Egypt until he and Whitfield were transferred to France during March 1916.

In October 1917 Senator George Pearce, Minister for Defence, called for Sandy to be returned to Australia for pasture at Duntroon. In May 1918 the horse was sent from the Australian Veterinary Hospital at Calais to the Remount Depot at Swaythling in England. He was accompanied by Private Archibald Jordon, who had been at the hospital since April 1917 and classed as permanently unfit for further active service.

After three months of veterinary observation, Sandy was declared free of disease. In September 1918 he was boarded on the freighter Booral, sailing from Liverpool and arriving in Melbourne in November. Sandy was turned out to graze at the Central Remount Depot at Maribyrnong.

Sandy saw out the rest of his days at the Remount Depot. Although he was originally intended to go to Duntroon, his increasing blindness and debility prompted the decision to have him put down, “as a humane action”, in May 1923. His head and neck were mounted and became part of the Memorial's collection. Sandy was displayed for many years, although is currently not on exhibition owing to deterioration through age. 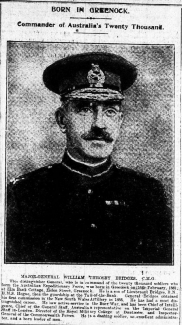 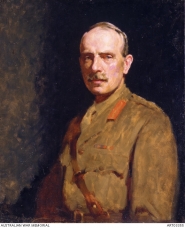 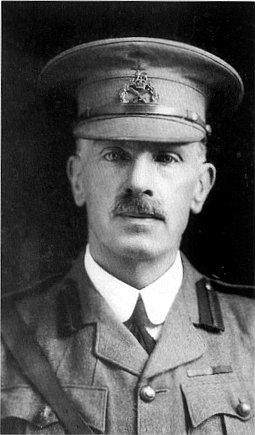