Youngest son of late Provost Walter W B Rodgers and Emma Rodgers. Attended Glenalmond School, was a member of the rifle team. Brother-in-Law of Reid Kerr.

Killed by sniper. The war diary states that he was killed in the firing line at Ghurkha Gully while reinforcing the 87th and 88th Brigades of the 29th Division. Men buried him in the field 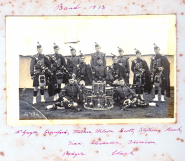 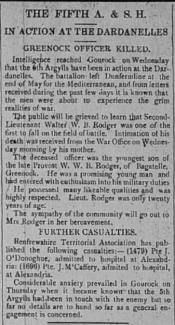 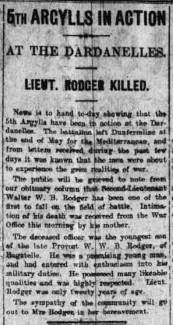 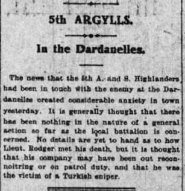 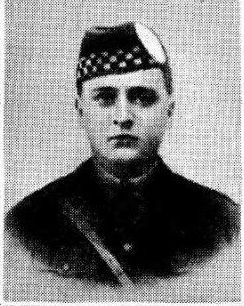