On 6th November 1917 1st Cape Corps was leading No 3 Column’s advance from Nyangao when at Mkungu contact was made with enemy troops under the very capable leadership of Major Georg Kraut.  The forward companies were ‘A’ on the right and ‘B’ on the left.  The Germans aggressively attacked ‘A’ and ‘B’ Companies through dense bush and then worked around the battalion’s flanks.  The Cape Corps began to lose men.  The Mortar Officer Lieutenant Charles Frederick Abbott and Platoon Commander Lieutenant Ivor Arthur Melville Guest were killed, whilst Lieutenant John Zuill McNeil was mortally wounded and Lieutenant R. Colson was severely wounded.  ‘D’ Company was moved forward to support the left flank and saw some desperate fighting. 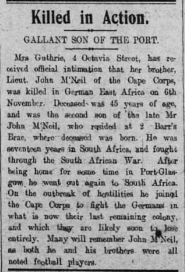 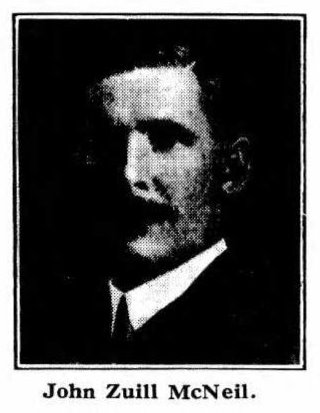