Donald Rankin was the 2nd mate on the SS Cape Ortegal, which was built in 1911 by Russell &Co. Port Glasgow for the Lyle Shipping Co.  The ship was docked at Bakaritza, Archangel, Russia when it was heavily damaged by an explosion on the Russian ship Baron Driesen .  Donald died on 8 November 1916 from a wound to his forehead caused by the explosion. A British naval officer wrote “ never before probably has there been such an explosion as this one in Archangel.  The death total must have numbered several thousands, although for official purposes, the Russian authorities gave out the number to be only 130.  Whatever it was approximately thirty thousand tons of munitions had gone up into the air.” The Cape Ortegal was one of many merchant ships which supplied vital war stores to Russia. 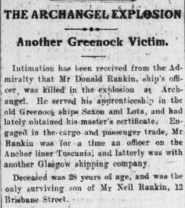 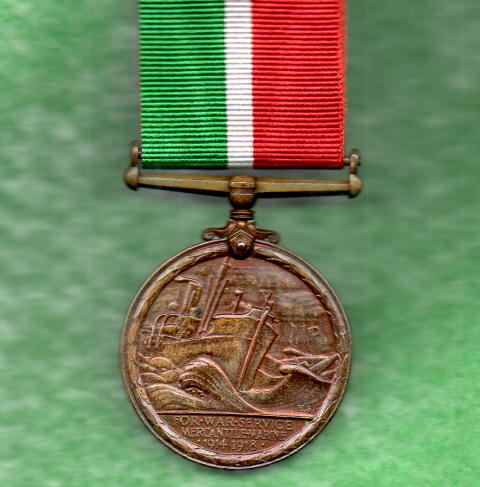