Born Greenock. Lived 2 Market Street. Worked as a labourer with Scotts'. He had a brother in the Argyll's, John and six sisters - Catherine, Jane, Lizzie, Mary, Agnes and Annie. His wife Catherine with given address as 29 Sugarhouse Lane. Two children Catherine and James. His wife got a pension of 22/11d a week

He died of wounds(gunshot wound to the head) received on 22nd April 1917, at 26th General Hospital, Etaples

Previously wounded on the Somme 12th July 12/7/1916 with a shrapnel wound to the foot and sent to Aberdeen to recover. 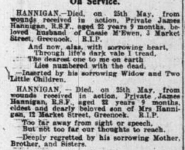 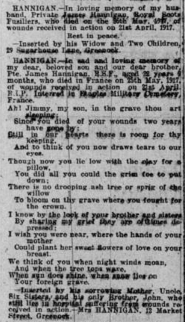 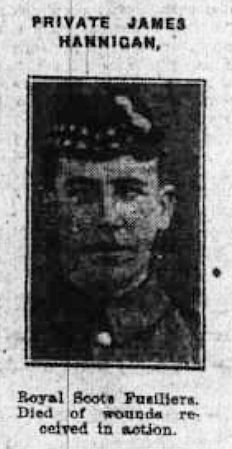