The 2nd Battalion was part of the British Expeditionary Force which landed in France in September 1914 and went straight into the bitter fighting on the Aisne. On 20 September (the anniversary of the Battle of the Alma - a previous Battle Honour of the 95th) the Battalion carried out a counter-attack to plug a gap in the British Lines. The casualties were almost identical with those at the Alma; 17 out of 22 officers and 214 out of 930 other ranks. Reinforced, the Battalion fought another major battle in October at Ennettiere on the way to Ypres, holding a vastly superior German force for 48 hours and losing in the process 16 officers and 710 other ranks. 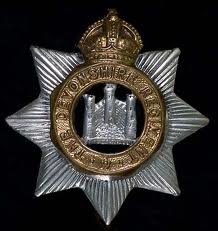