Leaving widow and children, Park Cottage, Kilmacolm. He was a park keeper.

Killed in Action. From History of 81 Siege Battery, RGA by Major H. J. G. Gale, RGA, OC, 81 Siege Battery, page 15-16: "Vaulx Vraucourt: At 5am, March 21st, the battery was alarmed by a violent bombardment from the enemy. Guns were manned, and at 6am, on the receipt of the word "attack," fire was opened on S.O.S. lines. Almost immediately the enemy intensified his fire on this and neighbouring batteries. Guns continued to be manned though occasionaly, when fire became too intense detachments were put under cover. As the day advanced news was received that the enemy had captured our front line which was approximately 4000 yards from the battery position. The guns were trained on this line, and on Edinboro' Copse. Next Vraucourt Copse was engaged, and in the evening fire was directed on Vaulx Wood at a range of 1,500 yards. after which fire had to be stopped as the trajectory would not clear the crest. Nos. 2 and 6 guns were both hit. As the trail of No. 2 was cut in half, this gun was stripped and left when the position had to be evacuated. No. 6 gun went to workshops the same night and whilst in their charge was ditched during a retirement and abandoned. During the day the battery suffered the following casualties: - Gunners Whitla and Dewey killed. Sergt. McIlroy, Corpl. Greenwood, Bombrs. Walsh, Biggs and Wells, Gunners Abingdon, England, Wellen, Paul, Andrews, Dyson, Hanley, Daubs and Crawford wounded.Fitter Dwyer and Gunner Swann were also wounded, but remained on duty. Thomas did not join the 81st until 14th December 1917 with the rank of Gunner, as a base depot reinforcement after initially joining 351 Sge Bty. He was a park keeper in civilian life and died of his wounds on the 21st age 34. You probably know already Thomas left behind a wife and three children, his widow qualifying for a weekly pension. The official 81st war diary ends in June 1917 before he joined them. A war diary survives for the Brigade the 81st were part of for the three months he served with them, this was 48 HAG. This diary confirms that 14 of the casualties both killed and wounded occurred on pulling out, which would make him a casualty after 5.30pm. The brief account of 81st Siege Battery mentioned by others was in fact written by a Gnr Hall who went on leave after presenting Maj Gale with the draft. He did not return to his battery or indeed to France & Flanders as the war had ended. I also have Gnr Hall's diary which is very detailed. If you'd like to contact me I can provide the very specific detail of Gnr Whitla's death at 4pm on 21st March 1918 at Vaulx-Vraucourt; it appears he was wounded at 6.10am, ten minutes after the battery came under fire from German guns. Last weekend (28.8.11) I visited the location of the battery while researching aspects of Gnr Hall's service and it is exactly as Gnr Hall describes it. The barn where the wounded were placed is still there. In situations such as this when the location is known it is odd that he has no known grave, hence being commemmorated on the Arras Memorial to the Missing. Do you have a photo of him? I photographed the battery position and can send these too. From Hall's diary it is unclear which gun Gnr Whitla was on but the inference is that it was No.6. Hall does say "…and Dewey a signaller who happened to be passing No.6 gun at the time….". 1914-1918 Forum 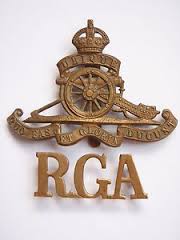