Lieutenant John Wilson was born in Hamilton, Lanarkshire. His father, also John, was a solicitor. John was studying at the University of Glasgow in 1913-14 at the outbreak of war, following in his father’s footsteps studying in the Faculty of Law and taking classes in Forensic Medicine. While he attended university he stayed in the heart of the West End of Glasgow at 128 Byres Road.

John was an active student and during his studies won prizes in his classes and joined the University’s Officer Training Corps. John would have attended meetings on campus at the Drill Hall at University Place.

Died of wounds in Alexandria.

Lieut. J. Wilson, 5th Argyll and Sutherland Highlanders (5th A. & S.H.), a lad of eighteen, who had returned to the Peninsula from hospital after being wounded in the " Horseshoe " fighting on the 12th July, died of dysentery on 16th October. He was serving with the trench mortars at the time, and the O.C. of the 8th Corps Mortar Group, Capt. A. Burrows, R.G.A., on hearing of his death, wrote to the O.C. 5th A. & S.H., as follows : " As one example of many, I should like to mention that during our operations against the ' Gridiron ' the Dumesil Heavy Mortar Battery was heavily shelled. In spite of his being twice covered with debris and more or less buried by shells striking the parapet in front of him, and one of his guns being put out of action, the pit being filled in by a shell, Mr. Wilson continued to keep the other gun in action until the end of the operations in a most satisfactory manner. On his way back to camp he was again half buried by a shell, but arrived smiling, and told me that he was afraid the operations had been somewhat delayed as so much of the men's time was occupied in ' digging him out.'

It is needless to state the effect an example such as his had on the men. I am afraid his illness was somewhat exaggerated by his insistence in remaining on duty as long as he could." 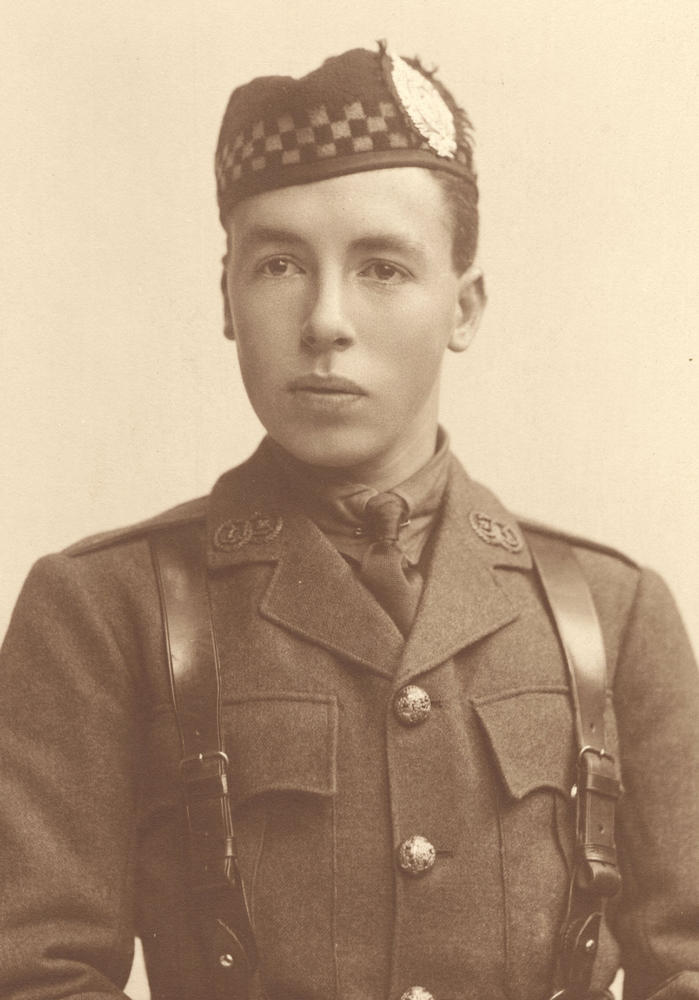