23 year old Teacher. Attended Greenock Academy. Was a student of Arts and Science, 1907-10 at Edinburgh Univeristy.

The John Mackenzie mentioned on the ICRC Inquiry card was the pilot. B5778 was the registration of the aircraft they were flying, an Armstrong Whitworth FK8. They are shown as 'missing on a contact patrol, Villers-Guislan'. A contact patrol,I believe, was one that tried to identify the front line of troops during a battle when ground communications were often disrupted 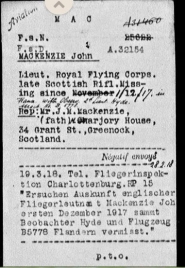 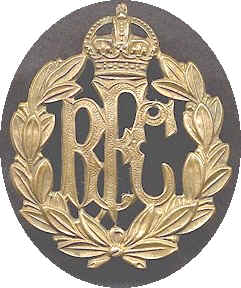