Son of John Apps, of 77 Leicester Rd., East Finchley, London. He served his apprenticeship at the Clyde Shipbuilding Yard in Port Glasgow.

Distinguished Service Medal while with E12 at Dardanelles

K4 was lost on 31 January 1918 during the night time fleet exercises later known as the Battle of May Island (Operation E.C.1) when she was attached to the 13th Submarine Flotilla. While attempting to avoid a collision with K3, she became the victim of collisions with K6 and K7. She was lost with all hands. The wreck is designated as a protected place under the Protection of Military Remains Act 1986. Awarded Distinguished Service Medal AWO 3998 9.11.17. Memorial Here 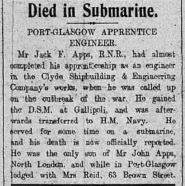 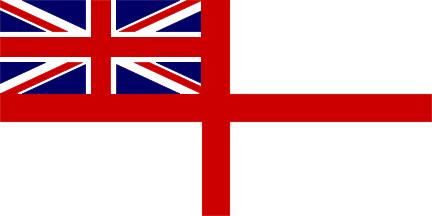