There is some confusion about his date of birth. On his first set of Attestation papers it is listed as April 11, 1898 making him 17 years and 3 months. Elsewhere he is listed as a student born in Gourock on March 11th 1897.

He is not on Commonwealth War Graves Commission 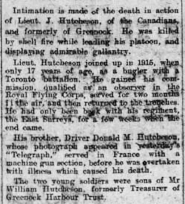 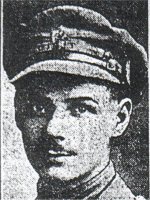