Not listed in "The Cross of Sacrifice Vol.IV".

He was educated at Glebe Public School in Greenock and was unmarried. A cabinetmaker by trade and served three years as side drummer in the band of the Renfrewshire and Dumbarton Artillery. Orderly to Rev Robert Primrose, Chaplain attached to RND; took part in landing at Gaba Tepe, April 1915 and reported missing after fighting there on night of 2nd May. Brother of Lockhart Auld, local photographer 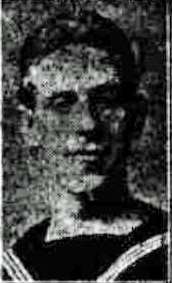