George Brown Wales was born on 16th November 1886 at Gilcomaston Terrace, Aberdeen. His father was David, a slater and his mother was Margaret, m/s Lees. He was one of seven children.

In the 1911 census, George was living in the Liberton area of Edinburgh and was working as an assistant forester. He married Jeanie Weir from Burntisland on 12th January 1913 in Edinburgh. They had at least three children; George Brown Wales born in Fife in 1913 , Jeanie Lamb Wales born in Inverkip in 1915 and Alexander born in Rutherglen in 1918. Jeanie sadly died in Inverkip in 1918, aged 2.

At the time of his death, his address was recorded as Inverkip Cottage (where Inverhouse Gardens now is).

Jeanie married William Brown, a Police Constable, in the Manse at Burntisland in December 1919. She died there in 1953.

Formerly 6040 A & SH. George was reported missing on the 25th March 1918 and later presumed officially to have been killed on that date. 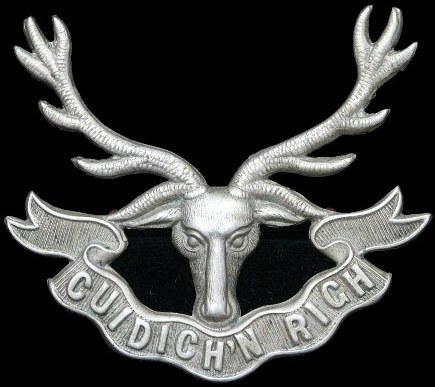