Charles lived at 39 Greenbank Terrace in Greenock with his mother. Studying medicine at Glasgow University. Well known member of the West End Baths

Charles James Cameron Sheridan was born on the 4th of October 1899 in Maryhill, and was the son of Mandy and Catherine Sheridan. His father was an Egg Merchant, and Charles grew up with his brother Arthur in the family home of 39 Greenbank Terrace, Greenock.

In 1916, at the age of 17, Charles took up his place at the University of Glasgow to study Medicine. In his first year he took Zoology and Chemisty, and - with the ongoing war in mind - joined the University's Officers' Training Corps. This was to be Charles' first and only year at the University, as he was gazetted into the Royal Flying Corps.

On the 19th of March 1918, Charles was promoted from Cadet to 2nd Lieutenant, an achievement which was noted in the London Gazette. Charles' next move was into the newly formed Royal Air Force, which he joined in May 1918.

A couple of months after joining the RAF, Charles was killed in a flying accident. While 500ft in the air during ground target practice, the Sopwith Camel he was flying stalled during a turn, and crashed into a nearby aerodrome. He died on the 29th of August 1918 at the age of 18 years and 10 months. He is buried at Avesnes-le-Comte Cemetery in Pas de Calais, France. His gravestone reads "Eternal rest give to him, O Lord let perpetual light shine on him". Glasgow University

No. 54 Squadron was formed at Castle Bromwich on 5 May 1916. Like many others formed at the same time, was tasked with Home Defence duties flying BE2Cs and Avro 504s. Four months later, however, it re-equipped with Sopwith Pups. 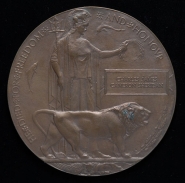 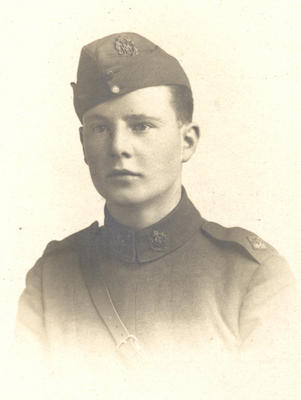