Died of pneumonia at the home of his parents. Worked in counting house of Dunlop, Bremner & Co - moved to Rangoon but came back to enlist.

Previously served with E Coy of the 5th Argyll's. Joined the Scots Guards at start of war. A telegraph notice of July 1916 states that an A McDougall received a commission as 2nd Lieutenant to the Lancashire Fusiliers and had been wounded - he lost a leg as a result 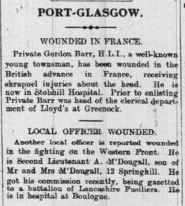 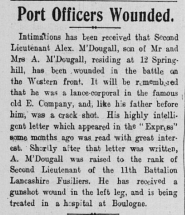 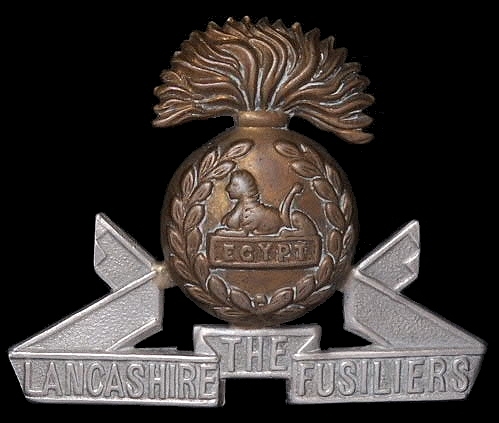